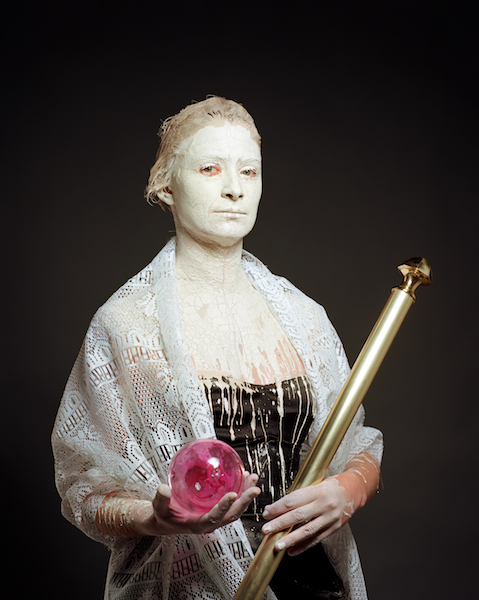 “Anything which can be projected expressively into the act of drawing – ideas, metaphors, emotions, linguistic structures – is a result of the act of doing.”1 Richard Serra

Picasso, one of the most prolific 20th century exponents of the art of drawing, declared facetiously towards the end of his life: “If you want to draw, just close your eyes and sing”2. He drew with all means possible, from iron wiring to rays of light. This liberty of practice was constantly renewed throughout the 20th century, leading the status of drawing to take on a new guise of autonomous expression. Since the end of the 1990s, the upturn in interest for drawing in the current art scene has underlined the extent to which drawing surrounds us. A gesture. A line. A movement. A fold. Drawing enables and encourages all manner of tools and exhibition techniques, and may, at times, even do without any tools or supports.

The artists in the exhibition EXTRA question the body – the illustrated body, the constrained body, the body in thought, the body in memory. The artists make use of drawing, in the most traditional sense of the term, but also indirectly, via video, photography, or dance. Without giving privilege to a particular medium over another, drawing is one part of their ‘tool box’.

Wouter Krokaert draws the plants which surround him, attempting to feel and convey ‘their grace and gravity’3. The apparent Matissian ease of his drawings evokes the more synthetic productions of Ellsworth Kelly. Their almost technical precision is moderated by the curves of the ‘ligne claire’ style, like the movements of a hand in space, “I make drawings of plants, it’s a manner of looking at and approaching space, linked to dance.4” During his lessons drawing live nude models at art school, Wouter Krokaert drew the model whilst lying upon the ground, and thereby felt the full gravitational mass of his own body. Subsequently, he became involved in dance. His drawing, like his work as a dancer, is situated somewhere in the margins, in between the insignificant movements we make every day. The permeability betwixt his dance and drawing has opened the realm of possibilities of space as a drawn entity, as experimented by Bruce Naumann, Dennis Oppenheim or Rebecca Horn in the 1960s and 70s, and reworked today.

For Laurence Nicola, performance is “a way of fully feeling sensations, of being a part of matter and experimentation.5”
Her videos are somewhat like Haïkus, oscillating between attraction and repulsion. Laurence Nicola approaches drawing through the use of atypical materials, with sensually strong tactile properties such as hair and medical patches of artificial skin. This philosophy has led the artist to explore other materials, such as in the Elevations series, where the qualities of resistance of the paper are pushed to their limits through the extraction of tiny fibres by meticulous movements. This work finds an echo in the videos in which she portrays particularly sharp physical sensations, both those of her own body and those of the spectator who is deliberately implicated in her work.
The everyday objects she manipulates or distorts bring us towards primitive and carnal perceptions. She stakes a claim to a form of pictoriality, “an aesthetic relationship with the image in order to access more disagreeable or inadmissible things”, be this in her videos or her drawings. The latter have become the everyday echoes of her moods, and remind us clearly of the work of Louise Bourgeois.

The practice of drawing invokes a form of intimacy, or a sense of the everyday. Many artists keep a diary of drawings, as a recipient of recollections of everyday happenings and of deeper psychic events. The ‘installation-drawings’ of Jim Shaw, the copied encyclopedia pages by Gilles Barbier, the diaries of Françoise Petrovitch are examples of graphic art telling intimate life stories.
For the past five years, every morning, Nikolas Fouré has put it upon himself to produce a doodled drawing with a blue bic ballpoint on a white sheet, 10 x 15 cm, letting his wrist move each time in a systematic figure of eight. The surface of the paper becomes covered entirely by the circumambulating doodles, with a density or thickness varying upon the pen used. This relationship between the tool and matter is also often found in his sculpture and etching work.  The whole series of drawings is a way to show the trace of time and the act of doing: “Initially through boredom, I started scribbling, as a non-productive moment, linked to loss and waiting. Then these moments became, on the contrary, moments of productivity, of time to think about other things6”.
These drawings are assembled together to create an ensemble: “an analogy of the same which is never the same”.

Simplicity is often the corollary of a relative economy of means. A love of drawing, with its most common tools – a pencil and paper – is an invitation to travel. Without a workshop, Laurence Medori has chosen this freedom of itinerary, as a prerequisite to Furtives Figures, a series of mobile settings for performances where her drawings are reproduced on transparencies and projected: “The drawings were made beforehand, outside, I walk and draw at the same time. There are different series, depending on my voyages7”.
Through drawing she was drawn to dance. Motivated by the wish to transcribe the physical energy perceived in the movement of the bodies of dancers, she tried dance for herself. Since then, she has continued to go back and forth between dance and drawing, “A succession of movements in space, materialized by the drawn trace”. For the exhibition, she provides visitors the opportunity to become as one with the body of a ‘dessin – arbre’ (‘drawing – tree’), drawn on one of the pillars of the gallery. Visitors will be able to embrace the tree in their arms, to become drawing, to become tree: “The drawing becomes like a place of evocation offered for spectators in whose imagination and gestures, or as in an inner voyage, come to finish the drawing”.  This inner voyage reminds us of Matisse’s feelings when he drew trees.  Having become one of his pet subjects in the 1940s, they enabled him to grow closer to what he called “the birth of the tree in the head of the artist”. Confiding in Aragon in 1942, he remembered that Chinese masters taught their students: “When you draw a tree, feel the sensation of climbing the tree, as you start from the bottom up8”.

How can one capture an idea, to seize a sensation and remember it? The infinite means of drawing retrace the immediacy of thought. This could take the form of a sketch thrown onto the paper, or a more elaborate, lengthy composition, “unlike photography which takes place in the immediate, drawing is a thought process, a thinking activity. It is a mental construction”, affirms Mathilde Lavenne9. This ‘mental construction’ was enjoyed by the artist when she worked in collaboration with Matt Rowe, on projects which sought to create links between real space and fictional space, between the second and third dimensions. Their respective domains (photography, drawing, ceramics) and their attention for the real led them to explore the territories and materials offered by the local region. Mathilde Lavenne’s drawings, with sometimes surreal connotations, were displayed within installations whose final trace remained two-dimensional, ie. through photography.  “We wished to open drawing to other dimensions”. Mathilde Lavenne feeds upon the ambiguity between reality and fiction, “there is a direct influence of reality on my work, though I nurture the desire to escape this influence”. The collaboration between the two artists allowed for the decomposition of drawing, and of its reconstruction in space. The whole scenographic layout of the drawings, and the photographic development, suggest a temporal dimension after-the-event, with the exhibition being one further step onward.

It is also through photography that Bertrand Gadenne invites us to rediscover the memory of drawing, and to approach the original meaning of the term “photo-graphy”; of writing thanks to light. In his series, Corps éclairés (enlightened bodies), he literally draws with light, as if blindly. The long shutter time captures the memory of the trace of light, the ‘memory of the blind’10. More than the resulting images, the creative process in itself becomes the drawing, as in the photograph by Gjon Mili (1949) depicting Picasso drawing in the air11. In another series, Naissance de l’écriture (birth of writing), Bertrand Gadenne again questions the creative process. He poses in the guise of an off-beat choreographer forcing snails to ‘write’. Letters are formed by the humid traces of their slimy trails. The lines formed incarnate the memory of the slow movements of the animals, in a concentration of space and time. The spectator’s gaze, following the lines, reactivates the creative process, as in the installations by Sai Hua Kuan, Space drawing, where the artist ‘draws’ in three dimensions. An elastic string is brought under tension between two fixed points, creating lines. The work progresses on two time levels: first the installation and the applying of the tensile pressure, then the sudden relaxing of the pressure in the manner of an archer letting go an arrow. The second time stage, that of the action, embodies a ‘countdown effect’ drawing. The movement of the ‘elastic line’ as it is released to travel furtively through space, behaves like a line or trace drawn in real time.

Each of the artists in the exhibition EXTRA shows, in differing ways, that the immediacy of drawing follows the pathways of thought, becoming at the same time the process and the end product. Drawing is a precipitation of the creative process, a link between thought and deed. “A drawing is it not the synthesis, the realization of a series of sensations the brain has recalled and assembled, and in a final sensation unleashed? Could I not be said to execute a drawing with the irresponsibility of a medium? Sheltered behind my irresponsibility, I love my drawings and study them, searching for revelations about myself. I consider them to be the materialisation of my feelings”, as Matisse was already saying to Aragon in 1942. 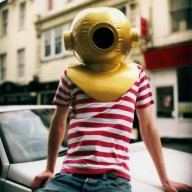