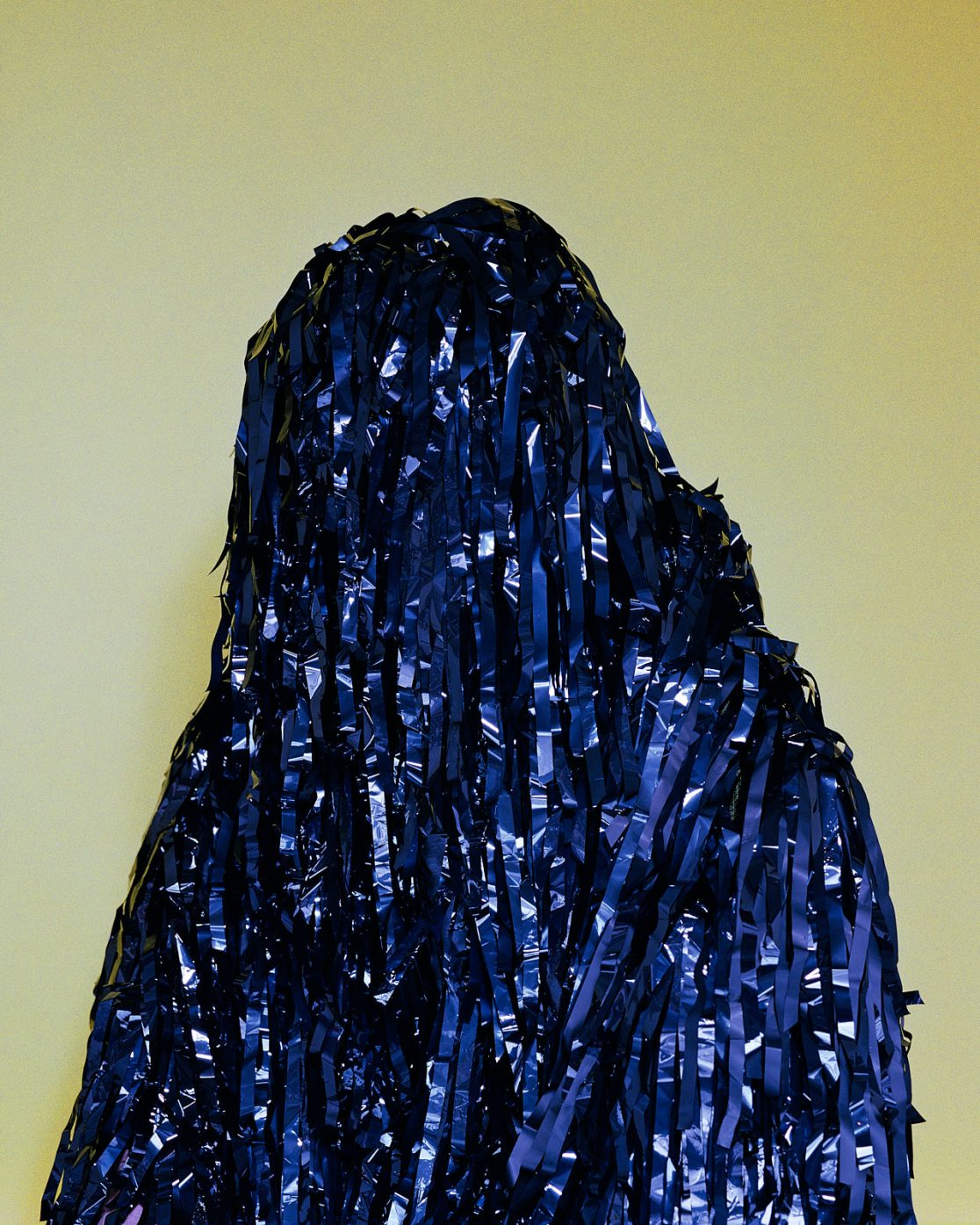 The Light and Dark Lurking in the Commonplace

As the title suggests, an ominous atmosphere pervades Bad Omen from beginning to end. In the first scene, an enigmatic figure covered with some sort of black material stands at the entrance of a cave as fog drifts in. This is followed by a series of cryptic, seemingly symbolic images of the emergence of this unidentifiable figure. Then we are back at the cave mouth and the opening scene is shown in reverse, the fog gradually disappearing and the video work ending where it began.

In his other works as well, Matt Rowe has frequently presented characters dressed like this one, in dense masses of long, thin strips. These are modeled on Ghillie suits, a form of camouflage worn by hunters and snipers. In Rowe’s works the long strips intended to resemble plant fibers are replaced with various materials such as multi-colored tape and lace ribbons, and in this one, the dark strips are unspooled horror movie videotape. The “Omen” of the title is derived from the well-known 1976-1991 series of horror films, which the artist says were among the videotapes used to make the costume.

Bad Omen appears on the surface to be comical parody that intentionally emphasizes a shoestring budget and low production values. At the same time, there is something awe-inspiring and mystical about the glistening of the videotape as it flutters in the wind on the rocky seashore. The final scene is a close-up of the figure, shrouded in darkness, its expression invisible, which seems to hint at the character’s unfathomable inner life. This chilling shot is made all the more striking by its suddenly interposition into what had been a farcical scene accompanied by an incongruous tootling of the Battle Hymn of the Republic and cheesy sound effects.

Rowe has also exhibited sculptures and installations incorporating handcrafts, decorative baubles and tchotchkes, and in recent years has sought to reinterpret the cultural resources of various regions through workshops and projects. Archipelago Ghillie is an extension of these activities, conveying a sense of indigenous folk practices and mysterious phenomena lurking in the routines of daily life.

Bad Omen: – Customised Ghillie suit VHS Video tape, 2011 The deep black specular surface of Bad Omen consists entirely of VHS horror video tapes. Impregnated in to its very fabric are multilayered tales of ultimate horror from a variety of occult films, including the omen box set. Although the rise of bad omen is an entirely synthetic event, it remains symbolic of the enduring intrigue of the supernatural and fears of what might exist beyond the fringes of our known world. 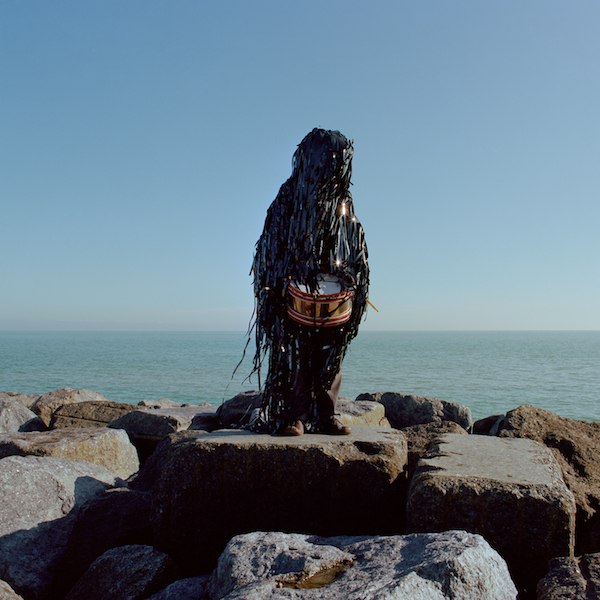